REVIEW – Ontborg: Within the Depths of Oblivion 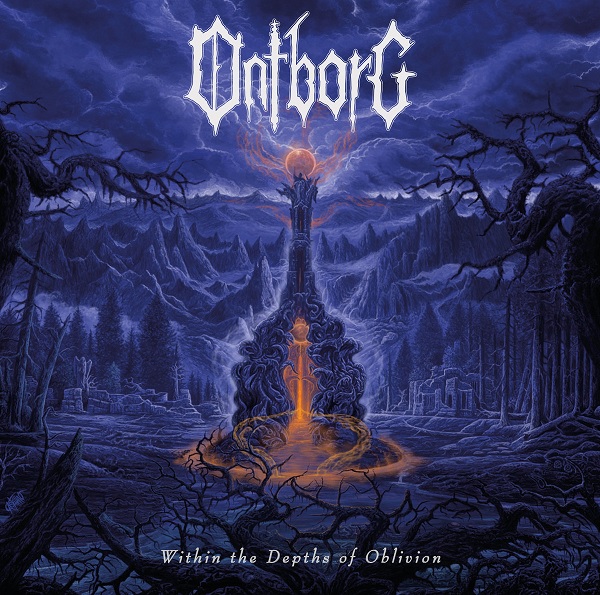 Trentino-Alto Adige, Italy’s own Ontoborg may have only formed in 2017, but right out the gate they are becoming a very strong force in the melodic death metal world. This is thanks to the group’s powerhouse line-up of ex-members of Voices of Decay, Black Abyss, as well as Graveworm (including Florian who is still an active member of that act). Basically, this is a collection of people who helped make three powerful and overlooked groups who decided to team up and create something new. Two years later and welcome to their debut full-length album Within the Depths of Oblivion, which they have released independently in late May of this year through Bandcamp. But is it going to be another solid effort that goes unnoticed, or is this just a collection of potential that ends up criminally under utilized?

Well, if the introductory track “Living is a Torture” is anything to go by, this will fall directly in the criminally under-looked category. Kicking things off with a great deal of intensity akin to Terror 2000 and Carnal Forge, the deep tuning and Swedish death metal input is vibrantly on display. The only downfall is the thinner slower piece approaching two-and-a-half minutes in for a bit, giving some unnecessary (and truthfully unwanted) breathing room to this unrelenting slab of melodic mayhem that nicely introduces what this new super coupling is capable of – though doesn’t always stick with – or at the very least alters the formula like with “A Storm Breaks the Silence”. The fury is still present, but the pacing will come to a halt for a more emotionally charged slower performance that gradually builds back up through a richer depressing passage.

And that’s one element this band does seem to pride itself on. At times they have no problem hitting you with slower, gloomy pieces akin to At the Gates or Colony-era In Flames, such as with the somber “This Time” that is only really missing some clean singing from time to time to really push that Gothenburg-era style of melodic death that composed the late nineties through the early two thousands. However, the crowning achievement here is “Snow of Lethe” which takes the melodic death format and crosses that border into depressive black metal territory with some of the most emotionally charged hooks you can hope to find on a band’s debut outing.

“Within the Depths of Oblivion” will take listeners back to the early days of Arch Enemy, powering forward with some infectious riffs before the melodic and anthemic chorus whips the listener into a frenzy. The harsh screaming is a nice compliment to the ever growing enthusiasm on display by each member of the group, which is a huge refresher in this day of high precision to the point of dull and robotic recordings. Meanwhile there’s “No Memories Beyond” which, while a good song, it kind of feels like it doesn’t know what it truly wants to be. Another fairly hollow piece like “This Time” that kind of plods along after a stunning start, it lacks any real direction as far as the atmosphere goes. At times there’s nothing more than just solid mid-tempo riffing, then suddenly a depressing chorus that suddenly wants you to feel sad before dropping that for a more grim, somewhat creepy and heated blackened passage with faster guitars and drums. Yes, it’s still a solid cut of metal that isn’t close to filler, but the identity confusion does hurt it overall.

While there’s a great amount of variety on display throughout Within the Depth of Oblivion, it’s clear the band’s greatest strengths are when they hit the listening with fast, hard hitting tracks that hold no punches, and the darker, more depressing pieces rich with melody or anthem driven hooks. Clearly taking influence from bands ranging from At the Gates, Arch Enemy, even mid-career Amon Amarth without the viking input, Ontborg have something to offer nearly everyone in the melodic death spectrum, and it makes for one hell of a ride with a few small bumps when you are given a moment to breathe when you just want to shout “No, choke me harder, baby!” instead of the agreed upon safe word. Hopefully the band continues to grow and nurture their sound, but head more towards the likes of “Snow of Lethe” and “Living is a Torture”, the two cornerstone tracks that feel the most emotionally charged, not to mention perfectly executed of the ten.

Digital review copy of this release provided by Ontborg via MetalMessages PR.