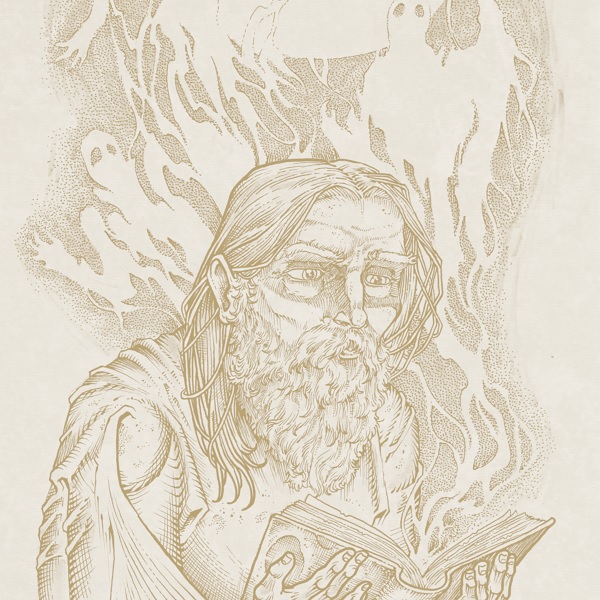 Finland plays home to quite a number of innovating acts in the metal world, specifically in the doom metal realm. While groups like Church of Void, Shape of Despair, and many others have helped establish this style, becoming names forever linked to it, there’s one monicker hidden in the depths of modern-day obscurity primed to breakout and helm the frontlines: Arche. Formed in 2014 by ex-Worthless members Eppe Kuismin (guitarist/vocalist; ex-Crystalic ex-Lowmen), Ville Raittila (drummer; ex-Fleshkraft, ex-Razoreblend and Panu Raatikainen (bassist, ex-Razorblend) worked hard to unleash their debut EP Undercurrents in 2015 before vanishing. Re-emerging as a two-piece with Panu remaining in Worthless, the act has signed with Transcending Obscurity to release their long overdue debut full-length Transitions. But was the long wait worth it?

Transitions starts innocent enough with “Reverential Silence” putting the listener at ease before the soothing welcome bares its funeral doom fangs. The slower pacing is met with a grissly presence cast by the vocals to herald a coming end as you are carried away into the cosmos with the bereaving melodies produced by the guitar. The plodding pace customary to the style helps the duo shift between both realms effortlessly while further exploring the emotions one commonly experiences with loss, confusion, and finally acceptance during the titular piece.

Flowing as its title suggests, “Transiions” acts as a nice bridging piece. The acoustic guitar instrumental with additional spoken audio samples in the background cascade a feeling of understanding, slowly coming to terms with the weight of the world crashing down around you as the richness builds through supplementary keyboards taking a simple piece and making it far bigger than once thought. It’s suiting given Arche‘s tendency to explore astral themes in their material, which becomes the heavy focal point of “In a Solace Light”. Yes, it often caters to a dismal plodding tempo, but sprinkled within are traces of cosmic wonder and hints of tribalism for good measure.

When it comes to the doom metal genre as a whole, it seems as though a new crop of bands creep up to the surface almost every week. Arche, however, have remained in the tucked away largely due to a limited run of their debut ep years ago with nothing new to speak of since other than one song on a Transcending Obscurity digital label sampler in 2021. Thankfully that time was not wasted, allowing the duo to further explore their sound for this stunning debut album. Transitions breathes a life all its own that makes them one of Finland’s best kept secrets, and one prime to establish the group at the forefront of the doom metal world. If you love finely crafted, emotionally driven metal, Transitions is a must own to wrap up 2022 with.