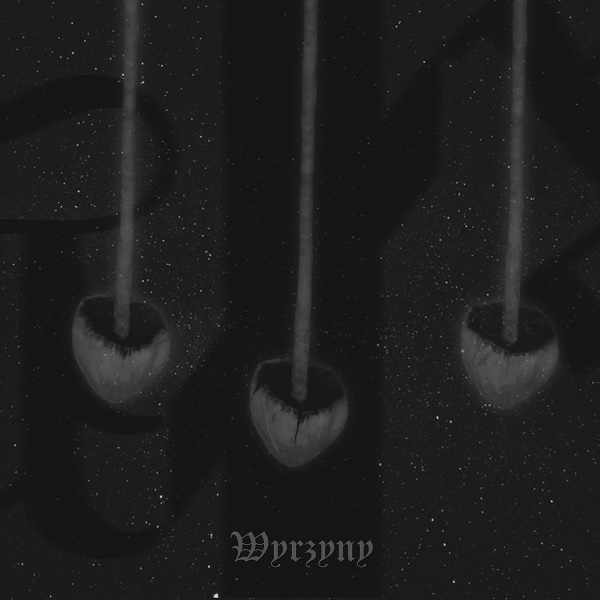 Polish atmospheric black metal trio Kły formed way back in 1997, but it wouldn’t be until 2017 that we’d see anything from them out of the studio. Their first demo, Taran-Gai, was unleashed independently on CD and picked up by Pagan Records for digital distribution with a vinyl pressing in May of 2020. This would become their home for their 2018 debut full-length Szczerzenie, as well as their follow-up Wyrzyny. But does this new outing offer anything different after all this time of being an active outfit, or is more of the same solid material as before?

While Szczerzenie was a crisp sounding effort with synth driven passages and introductions that carried the atmospheric burden of the band’s sound, Wyrzyny actually steps away from that modern quality a bit. This semi-rougher sounding presentation carries a genuinely cold environment with an expanded folk/pagan touch that sits right at home with the less abrasive synth sections that find the clean singing paired with a frazzled shouting that sounds like a man at the end of his rope. Those elements are felt mostly during “Burza (My rozgwiazdy)” and “Zakorzenienie”, both of which are the longest of the tracks, the latter playing up what sounds like an actual funeral with the spoken word dialogue the memorial and sound bites acting as memories of why we have gathered here today.

The ringing bells of “Burza (My rozgwiazdy)” bring in a wintry darkness that builds up a starlit eve that leads one to expect something akin to Alcest, but instead usher in a grizzled groove heavy blackened foundation that sounds like an atmospheric, even pagan Immortal with some depressing leads and keyboard chords scattered about to help with mood changes the shamanic and mushroom inspired themes play into. However, come four minutes in on “Zakorzenienie”, things do change to more of an electronic output that feels greatly out of place with the recording as a whole even though fitting the darker feel of it. That said, it does wrap up by circling back to the cold and foreboding start of the album, essentially establishing that despite the drastic crash, the experience is linked and on some sort of unending loop.

Yes, as mentioned, this is a thematic creation that explores shamanism and magic mushrooms with a bit of poetry originally composed by Miron Białoszewski, so it’s expected to have some tonal shifts throughout. This is no more obvious than with “Nadwołkowyjskiej nocy liczba pojedyncza”, which is a far more upbeat song overall than much else on here. The art house introduction that quotes the aforementioned poetry is greeted with more of a sixties cult rock sound in the drumming with emotionally charged music an far deeper/layered growls that reflect being on a spiritual journey among the darkened beauty of the forest that surrounds you, taking on more of a serious tone towards the end.

There’s also an obvious progressive influence to this album in the shifting of tone and style from time to time. Yes, it is expected on an effort like this when songs push the ten minute mark, but when you hit “Trójząb” it’s easy to see how that approach is mixed with the atmospheric black metal approach, and it weaves something truly magical. Like being adrift in the night skies with a few subtle jumps in pace, this one feels truly inspirational and moving even at it’s most aggressive. And then you have “Krajobraz jako oko”, which is probably the finest track on this recording in the sense that it doesn’t really try to be anything other than a solid black metal track (though more laid back than your traitional blackened offering) regardless of the brief introductory dialogue.

But one thing is for certain: This needs to be heard from start to finish to truly be appreciated. Sure, you can throw on a song or two randomly between the intro and outro tracks and enjoy them for what they are. There are plenty of experimental and atmospheric black metal efforts out there, but there’s an undeniability that the way Wyrzyny is structured makes it sound particularly unique. Poetry, nature, shamanism, mysticism, and various states of being brought on through “magic mushrooms” all found in one six-song full-length with an interesting blend of analog and modern production quality blended with art house style chunks and even an eighties horror movie sounding sample at the start of “Gwiezdny wiatr” make this one of the most unique offerings to come from the black metal underground in a dog’s age. Despite the closing “Zakorzenienie” sticking out like a sore thumb, Kły have really constructed something special for those craving a little more adventurous from the underground that demands more than a quick spin to kill a few minutes or so.

Digital review copy of this release provided by Pagan Records.