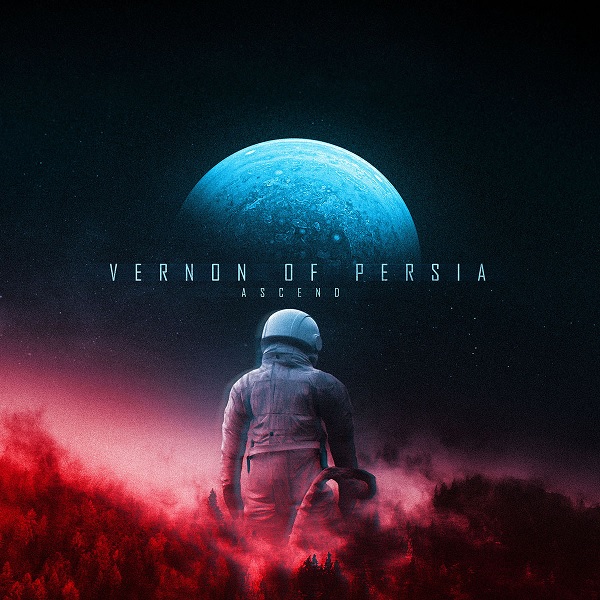 Vernon of Persia hails from San Antonio, Texas with a solid backing behind them already. The outfit has stuck to self-producing and self-releasing their own material, dropping their debut effort Relativity Of back in February of 2017. Since then the group has been focusing on establishing themselves through live performances, having shared the stage with headlining acts ranging from As I Lay Dying and Suicide Silence all the way to Miss May I and Silent Planet according to the accompanying press release. Three years later and they present their latest, a six song recording dubbed Ascend. But does this melodic act live up to the expectations, or have they grown away from what made them stand out in the first place?

While Vernon of Persia‘s debut outing had more of a melodic touch to their material with tinges of mainstream flair in the vein of Killswitch Engage and Protest the Hero, Ascend shows the group traversing into a more progressive approach that gives off more of a unique voice to the metalcore field. You can immediately sense the change with “Weightless” and it’s dark as the night sky atmosphere with technical riffs and grizzled growling. When things become a little more melodic, you can sense some Nevermore influence complimented with harsher vocal harmonizations similar to the late Warrel Dane.

“All Through My Veins” which starts things off with some heavy Meshuggah-grade djent, but this doesn’t quite last. The abusively hard hitting first half is abruptly cut off as you are cast into the astros for a moment of self reflection that feels a bit out of place and cheesy despite the progressive tendencies of the group. With how electric the closing is, bridging in some hooks to the hard hitting base of the song, it feels an absolute shame the steam the group has from the start is disrupted the way it is. Technical, exciting, and at times moving, this follow-up effort shows a group starting to really find itself and product some progressive melodic metalcore fans of acts from Between the Buried and Me to The Faceless will definitely want to keep a close eye on.

While that aggressive side of Vernon of Persia really sticks out, that enthusiastic melodic touch of Relativity Of has not been forgotten. Even though it is a bit intrusive on “All Through My Veins”, “Ascend” really stands on its own. There’s still some proggy elements found in the guitar work for the main verses and the breakdown, but the upbeat chorus is simply fun and highlights the enthusiasm Vernon of Persia bring to the table while still keeping that astral tone you can feel throughout the album, especially with the satellite-esque tone in the synth closing. The echo on the clean vocals, however, does end up a bit too much and ends up distracting a bit from the power they truly have.

But then there’s “Sea of Trees”, one of the best offerings of this entry. It’s a much lighter song that takes more from the Progressive Rock genre with just a hint of additional edge to play into that metallic world. The infectious lighthearted first few minutes will lift you up and sweep you away with a radio friendly approach made stronger with some of the technical chords that do start to break things down towards the end for a darker edge that prepares the listener for the return of a much harder and intricate attitude on “Marc of the Okubo” to wrap things up. The melodies and tight rhythms only add to the cosmic backdrop the chorus does unfortunately overlook.

While Ascend feels like the next logical step for Vernon of Persia, it’s also a stepping stone for the five-piece. There are plenty of great ideas that stand out on their own, and a good number of memorable entries among the six tracks that make up this release. However, there’s no denying that the means in which the group bring in some of the progressive elements don’t quite work and end up disruptive to otherwise solid performances such as the sudden lighter segment of “All Through My Veins”. If you enjoy some good progressive metal but enjoy some melodic enthusiasm on par with a lighter As I Lay Dying then this is a release well worth checking out.

Digital review copy of this release provided by Vernon of Persia via ClawHammer PR.