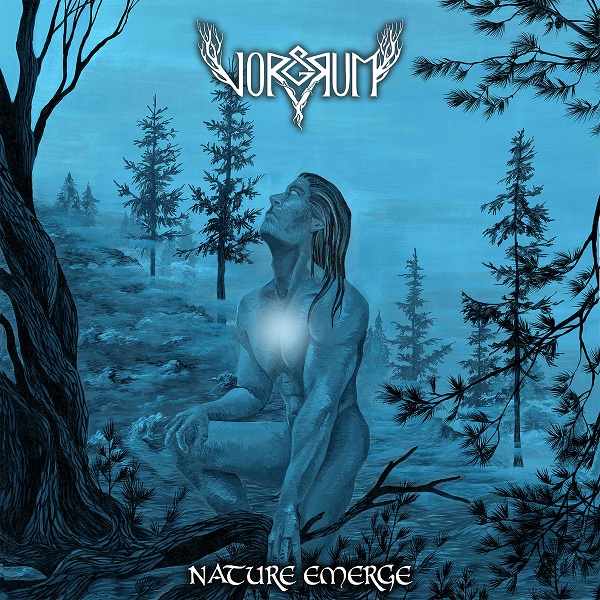 Vorgrum is a currently one-man folk/pagan metal act given many of the musicians involved departed earlier this year. Hailing from Buenos Aires, Argentina, the entity was forged together by Folter and issued a small handful of studio recordings. Among them is the debut EP The Awakening back in 2011, and full-lengths Last Domain (2015, Nocturna Records) and Party in the Deep (2018, Sound Age). The “Ancient Whisper” single dropped digitally amid the roster shake-up, soon followed by a brand new EP titled Nature Emerge to continue where that prior performance leaves off.

Much like the “Ancient Whisper” single, “Time to Return” opens with a heavy dungeon synth opening that feels like a mixture of ambient-era Burzum crossed with Jaldaboath and Finntroll as it progresses. Almost immediately you become aware of the shift from the heavier material that adorned albums passed is replaced with more emotional and atmosphic compositions in an attempt to further draw the listener into the world this four-song offering effortlessly weaves. The minstrel-like tone and vocal harmonizations bring this sodden performance up to a jovial epic performed for all your favorite fantasy characters.

Even the title-track exhudes similarities to band mentioned above, though far more Jaldaboath than anything. Like the lyrics that tell of a “black sky”, the music captures a whimsical tribute cast in the darkened lands as a storm rains down around you. In what feels like a proper send off to not just the recording, but also the man this fable tells of, the ballad comes to a close on par to how it all began. The middle chapters, however, are not as emotionally fueled.

“The Path” is a much faster piece compared to the start and end, with this being more of a reflective piece thast seems to illustrate the lessons learned in youth to justify the journey our hero will be on for the next track. The richer sound really captures the drums well, especially the loud pounding of the bass kicks that compliment the chorus and backing gang chants. Things do slow a bit for “A New Road”, however, as we venture through this path together with passsages and a chorus dominated by the vocals and accompanying gang chants to paint a fiery, serious and matured side that leads to the inevitable conclusion.

While Party in the Deep and Last Domain sound more dynamic overall, the shift to a pagan style more in-line with an atmosphere akin to the fantasty realm the story within is based on works well. Sadly, even though the performances, production and mastering are solid, Vorgrum‘s latest is something you’ll spin a few times, enjoy, then move on. Yes, this is a good release, but that’s just it: A good release. Other than “Time to Return” and “Nature Engage” standing out, there isn’t anything truly memorable to speak of. Nature Emerge does take fans in a different direction, but one Folter will undoubtedly expand upon in the future.

Digital review copy of this release provided by Vorgrum
via Against PR.